Buy from the iTunes store

DJ Baby Doc an original Techno/House pioneer has a vast array of re-mixes to his credit including Iggy Pop, The Pet Shop Boys, and Cher to name but a few.

Seb Wronski a long time collaborator and producer/DJ also counts a considerable number of mixes and re-mixes including Busspace and Sophie Ellis Bextor.

The album 50 One 50 is a collection of recordings made whilst on a transatlantic road trip. Inspired to initially start in London England the boys then decided to take a Four Thousand mile road trip across the United States of America in a V8 powered Ford Mustang. This journey provided the musical influences they inhaled between the recording sessions as they gathered sounds from rural America eventually mixing the album in Los Angeles, California. 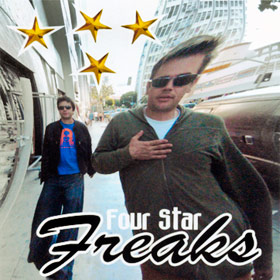