Since 2005 He has been performing live extensively throughout the world and including London where he was able to hook up with 2TEK The resulting production is the first track on this 6 track E.P. entitled “Human Robot” an extended version also appears at track 6

Blue Cosmic Monkey is an innovative experimentalist in the new wave of Synth based retro electronica and Beatfarm Recorders are pleased to welcome him to our stable of artists. 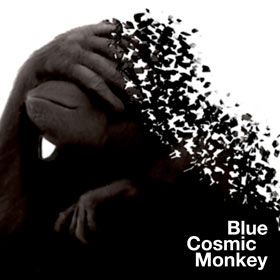